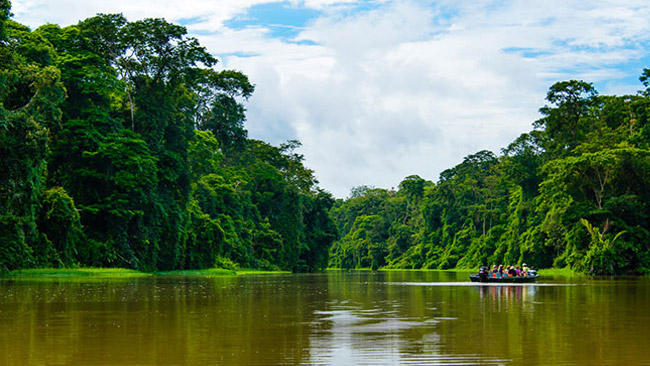 Don´t accept imitations! Join the only bona fide tour of Parque Nacional Tortuguero. It is known as “Tico Amazon” (Costa Rican Amazon) due to the fact that in Tortuguero there are no roads; the principle means of transportation being the dozens of  fresh water canals throughout the park. To arrive at any of the few hotels in the area requires a motorboat ride of approximately 70 km through rivers and canals. It’s a spectacular adventure not to be missed. In the park scientists have identified missed distinct habitats making it likely to observe abundant wildlife including, several species of monkeys, sloths, crocodiles, iguanas, parrots, macaws, toucans and much more.

Take advantage of our daily departures from San Jose, with no minimum of passengers required. We pick up at most hotels in San Jose city and airport area.